No Result
View All Result
Home Investigations The Condor Years

John Dinges’ new book greatly expands the investigation first published in 2004, with new chapters and findings based on information only recently available.

A decade in which repression crossed borders

The 1970s was a time when mass repression began to cross borders. Military dictatorships ruled in most of South America, resulting in massive crimes against human rights. It was a time of total war to wipe out the democratic, socialist and often Marxist organizations that had coalesced into an international movement for radical social change. The military and their rightist civilian supporters defined their fellow citizens as the enemy if they participated in these leftist political parties and organizations. But because the movement had become international, the dictatorships increasingly saw the enemy as the young people who came from other countries. Foreigners were branded as “subversives”, “terrorists”, and “extremists” who should be feared, hunted down, imprisoned and in many cases tortured and killed. National borders were meaningless; exile, immigration status, the law itself were no protection. 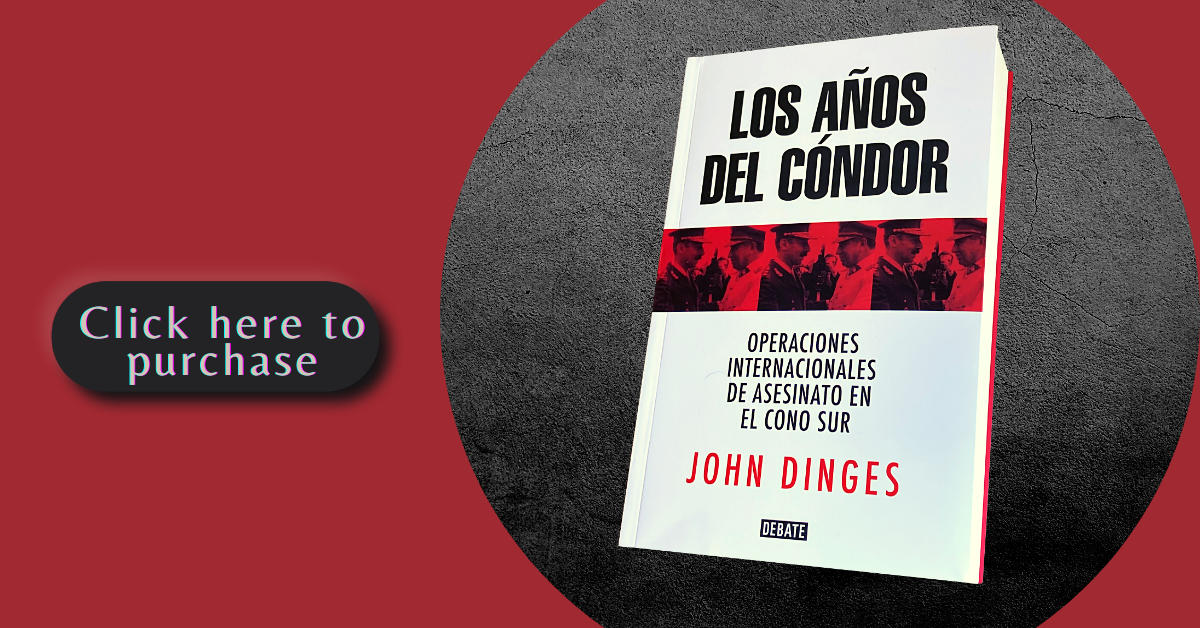 Political xenophobia was hardly a new phenomenon in Latin America, particularly in the wake of the revolutionary fervor unleashed by the Cuban Revolution. But mass roundups of foreigners—that was new. International targeted assassinations—that was new. Police and intelligence agencies operating inside each other’s countries to track down and kill their adversaries; coordination and exchange of intelligence among nations covering most of South America; secret and extrajudicial transfers of prisoners back to their own countries to be tortured and eventually killed; international agreements and alliances to do all of the above in a systematic and efficient way: all of that had never occurred in the history of Latin America. It came to have a name, Operation Condor. The Condor Plan was not the only mechanism for transnational repression in this period but it was by far the bloodiest. And its teams went far beyond the borders of the member countries to launch assassinations and other kinds of operations in the United States, Mexico and Europe.

The military saw this brutal system as the international response to an international threat. Yet, in a kind of historic irony, the atrocities of Southern Cone dictatorships spawned a massive international human rights movement that discredited the military governments and would eventually become a major factor in bringing hundreds of the military perpetrators to justice. International crimes engendered international investigations that escaped the control of the military. Even the United States government, once the rightwing militaries’ staunchest ally, unleashed the FBI to successfully prosecute Chile’s intelligence service for murders in Washington DC.

Indeed, the campaign against foreign enemies was first witnessed in Chile, after the September 1973 overthrow of socialist President Salvador Allende. In the days and weeks following the coup, the military demonized “extremistas extranjeros” and began to round up hundreds of exiles from other countries in the region that had already come under military rule. More than 800 foreigners were imprisoned in improvised concentration camps such as the National Stadium in Santiago. Most were from the nearby countries that would eventually join the Condor alliance, and 49 foreigners would be killed or disappeared. Chile invited intelligence agents from some of those countries, notably Brazil, Uruguay and Bolivia, to take part in interrogations.

It was a rehearsal for the approaching new era of heavily coordinated cross-border repression.

Findings of a definitive investigation

This book greatly expands the investigation published in my 2004 book, The Condor Years: How Pinochet And His Allies Brought Terrorism To Three Continents, with new chapters and findings based on newly available information. Here I present the definitive investigative account of this unique period of international repression—The Condor Years. This time of unprecedented collaboration by the dictatorships spans roughly from the military coup that overthrew President Salvador Allende in Chile in 1973 to the restoration of constitutional government in Argentina in 1983. It draws heavily on new sources that became available in the 2010s. Monumental judicial investigations of Operation Condor in Argentina and Chile resulted in convictions and prison sentences for dozens of military officers. The trials gathered testimonies and evidence from military sources that allow us to penetrate the military pact of silence for the first time. A third trial, in Italy, has also concluded, and draws on much of the same new evidence. The records of these trials, the “expedientes,” run to the tens of thousands of pages of evidence and are now accessible. In addition, the U.S. government in 2019 completed the largest ever declassification of CIA and FBI intelligence reports on the region. The new documents lift the veil of secrecy about the U.S. government’s relationship with the Condor alliance. Two U.S. intelligence officials, Frederick Latrash of the CIA and Robert Scherrer of the FBI, whose work is revealed in the new documents, epitomize the intimacy and vast scope of U.S. information about Condor operations. The Condor agents considered their U.S. counterparts as trusted allies and shared secret operational details with them. The new documents in many cases reveal the names of the Uruguayan, Paraguayan and Argentine military sources who first told Scherrer and Latrash about Condor. This trove of information offers a never before seen picture from inside the military systems, in which soldiers and officers reveal, albeit reluctantly, how their transnational campaigns were organized and carried out.

Click here to see all the articles we have published related to Operation Condor.

The English version of the book will be published with the provisional title Hunting Enemies Abroad: South American Dictatorships and US Complicity in the Condor Years (The New Press 2022 forthcoming).