Overview: The secret laws of Pinochet

The laws, approximately 160 secretly issued by the Military Junta, ordered the retirements for the Army, Navy, Air Force and the Ministry of Defense. Five of them invoke the Copper Law, while a sixth “secret” law ordered the Treasury to grant US$ 100 million, without substantiating the order.

The dictatorship of Augusto Pinochet used the mechanism of “secret” and “reserved” laws to order the transfer of large amounts of money from the Central Bank and the General Treasury of the Republic to the reserved accounts of the military institutions.

Through six such decrees and laws, between 1979 and 1981 the Military Junta ordered the Central Bank and the Treasury to transfer 442 million dollars to the reserved accounts of the Army, the Navy and the Air Force of Chile, the Superior Council of National Defense and the Ministry of Defense.

The secret texts were revealed by La Nación Domingo and reproduced for the first time in these pages. 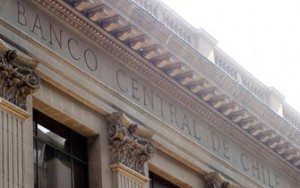 In only one of the texts is specific reference made to the reason why the requirements were made. This is the case of secret law #3527 by which the Treasury was ordered to transfer US$ 50 million to the Ministry of Defense, the Board specified that the money was demanded to “cover the difference generated by the acquisition of war material”. The rest of the texts do not give a reason why the requests were made.

Five of the laws invoked the Copper Law 13.196, which assured the Armed Forces 10 percent of the sale of copper. A sixth, law 18.090, only indicated the Ministry of Defense as the recipient of the US$ 100 million, without substantiating the requirement.

In four of those decree laws, in order to obtain the resources, Augusto Pinochet was authorized in his capacity as “President of the Republic” to “contract loans” with the Central Bank for a total of US$ 292 million. To this day it is not known whether Pinochet himself or any other authority returned these “loans” to the bank.

The dates of the legal texts coincide with the years of growing warlike tension between Chile and Argentina over the border dispute related to the Beagle Channel islands.

Invoking the Law on Access to Public Information, ArchivosChile and La Nación Domingo asked the Central Bank for information on the background information in its archives about the outflow of those US$292 million, to whom they were delivered or in which bank accounts they were actually deposited, and if those funds were returned to the bank.

The same was requested to the Ministry of Defense, to know if in its files there are traces of who received those funds, what was their destination, if they were really assigned to the Army, the Navy and the Air Force, under what conditions, to which persons and for what amounts.

The Treasury General of the Republic was also asked if the US$150 million (which added to the US$292 million demanded from the Central Bank, add up to the US$442 million) were sent from there and to whom they were delivered in the Ministry of Defense.

Among those signing the texts, in addition to the members of the Military Junta and Pinochet, is General César Manríquez Bravo, a former DINA agent who in December 1981 was Undersecretary of War. Manríquez is currently on trial for 55 kidnappings by victims of Operation Colombo and sentenced for other crimes to five years, but was granted probation.

Of the members of the Board who signed the texts, the only ones who survive are Generals Fernando Matthei and César Benavides.

In the years following the end of the military regime, it was known that the Military Junta made use of secret legislation, but until now little has been uncovered about the content of this legislation.

In the records of the history of the laws of the Library of the National Congress there is no record of these provisions emanating from the Junta. And those that do exist in the minutes of the Military Junta cannot be consulted, as they are still considered “secret”.

On August 5, 2003, eight deputies of the Concertación, among them the DC deputies Gabriel Ascencio and Jorge Burgos and the socialist Fidel Espinoza, introduced a bill to make public all the legal dispositions dictated during the military period with “secret” or “reserved” character, which until now is being processed in the Parliament.

According to the index of these documents managed by the Office of the Comptroller General of the Republic, between 1973 and 1990, 160 “secret” or “reserved” provisions were issued. Other sources consulted indicate that so far there is no concordant number of these legal texts among the State institutions. At least 150 were published in the Official Gazette in “restricted” editions of between five and 50 copies.

Navy “bonus” allowed the distribution of the money

Two other “reserved” decree laws show that under the regime of Augusto Pinochet there were high amounts of money destined to the “Salaries and Wages” item within the Armed Forces and the Ministry of Defense.

On October 29, 1976, the Military Junta issued “Reserved” Decree #1589. This decree provided that, due to “the operational needs of the Navy”, the Undersecretariat of the Navy under the Ministry of National Defense was authorized “to transfer from the item ‘Salaries’ to the item ‘General Services’ the sum of US$ 1,017,000 (one million seventeen thousand United States dollars) from the current budget in foreign currency converted into dollars”.

The decree law bears the signature of Augusto Pinochet as “General of the Army and President of the Republic”, of the members of the Military Junta José Toribio Merino, Commander in Chief of the Navy, Gustavo Leigh Guzmán, Chief of the Air Force, César Mendoza, as the highest authority of the Carabineros, and General Carlos Forestier, as Deputy Minister of National Defense. In addition, the text is signed by Jorge Cauas Lama, who at the time was Minister of Finance.

In turn, the “reserved” decree law Nº 1599 of November 17, 1976, for the same reason of “operational needs of the Chilean Navy”, ordered the Undersecretariat of the Navy to transfer US$ 150,000 (one hundred and fifty thousand United States dollars) from the item ‘Salaries’ to the item ‘Military and Police Material and Maneuver Expenses’ of the current budget in foreign currency converted into dollars”.

The decree law bears the signature of the same military authorities who signed the previous text, including Jorge Cauas as Minister of Finance, but now it is signed by the then Minister of Defense, General Herman Brady Roche.

Until now it was not public information that during the military period there were high amounts of overpayments that benefited members of the Armed Forces, as in this case it is known that it happened in the Navy.

Military opinions consulted, who said they were unaware of these decree laws, denied that there was such an item as “Bonus Salaries” during the Pinochet government, and also said they were even more “surprised” when asked if the item “Bonus Salaries” was so high that it could be used as an auxiliary to other items, at least in the case of the Navy, as shown by these legal provisions. “As far as I know, there has never been a bonus for the Armed Forces’ personnel”, said a high military source who asked for his identity to be kept confidential.

In the History of Laws in the Library of the National Congress, as in the case of the amounts taken from the Central Bank and the General Treasury of the Republic, there are no traces of these two decree laws either, since they are “reserved”.

Likewise, it is not possible to consult the records that exist in the minutes of the Military Junta, since they are still “secret”.

Chronology of the six Central Bank and Treasury laws

Secret Laws of the Dictatorship